Going out with friends !

This week end was kind of exhausting, but terribly funny. On Saturday, I catched Valentine day's lolita meetup after my classes. We had some tea and pastries at Carette, place des Vosges, then we browsed Axes Femme shop one again (god I love this shop, the new shoes are so perfect !)


And, today I spent some time with my classmate and friends, Claire, Claire and Marie (yes, two Claires, and as my name's Marie too, it's kind of funny when we get to introduce ourselves as a group).

First we had some ramen in Japantown. It was pretty good, but not as good as the last one I eated (Naritake, forever the best ramenya in Paris). The recipe itself is pretty conservative : soja, spinach, two porck slice which was a little bit thick, boiled eggs and naruto. I got the miso ones, because the flavour is stronger, and I really like the pasta texture. It was also my first time tasting 'naruto', and...it's kind of meh in my opinion. 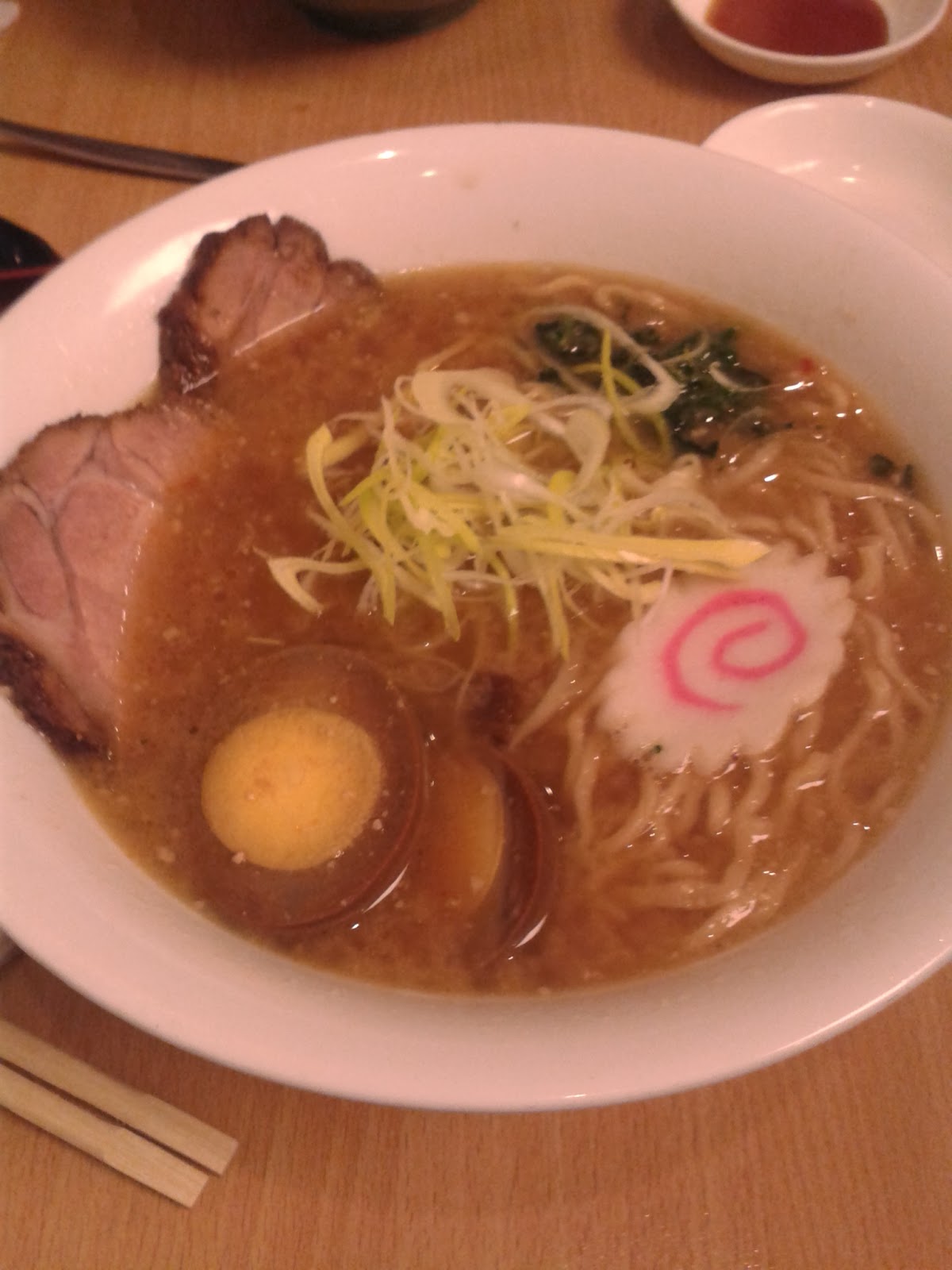 Then we more or less squatted my favourite bar : le Dernier Bar avant la Fin du Monde (The Bar at the End of the Universe), which is a pretty geeky place with nice food and drinks, nice atmosphere and a lot of board game to play and comics to read. We played a nice but quite complicated board game based on a french webshow called 'le visiteur du futur', and we had a lot of tea. I just realised we spent nearly five hours there this very afternoon !

I first had a 'captain picard's earl grey', then a 'tchaï-huluo' tea. As you can see, foods and drinks are named after pop-culture references.


I more or less omitted that we actually had one and only one alcoholic drink. I don't really like strong alcohol, but Claire (the one I was clinking glasse with) and I are big fans of 'the Hitchicker's Guide to the Galaxy', and this cocktail's name is 'Pan-galactic gargle blaster', yes, the very one, so we had to try it. It listed a few different boozes, and looked pretty strong, but hey, the book's one is meant to be one of the strongest cocktail in the all universe.
Finally, it had way to much of aniseed flavour due to absinthe I guess, so it ended up being a little bit nauseating (isn't the word a bit strong ?), but was still ok. We shared it within the four of us. Ah, and the other ones are named 'Serenity', it was with chaï tea syrup, grapefruit and litchi juice.

I have to say that I had a really lovely week end with so much adorable people, and I hope we can do this kind of stuff more often !