The other day I've been to the tatoo exhibition, finally. It was awesome, really.
(Part of this post might be NSFW and maybe triggering to some as it have tatooed bodies thus nudity).

It began first by an historic view of tatoo with prehistorical tatooed skulls and mummy and then modern time Europe, with manly sailor and thug 'arts'. 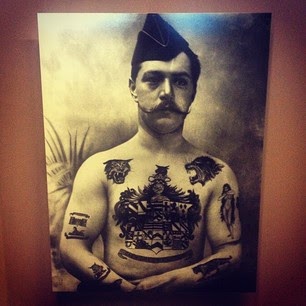 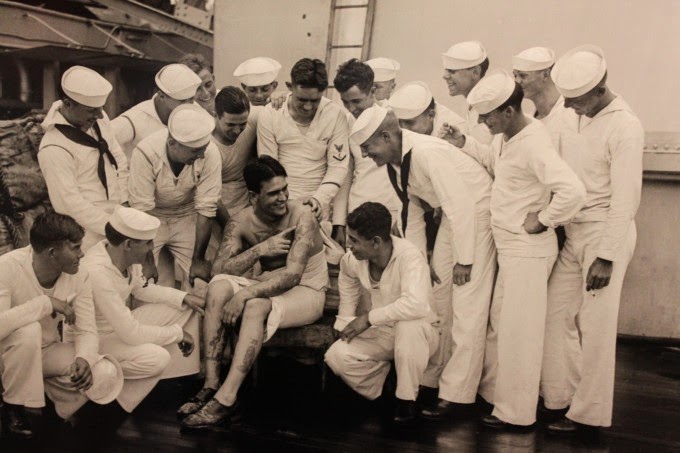 It then talked about tatoos by area and country.
Here is a kabyle women in traditionnal costume and tatoo. 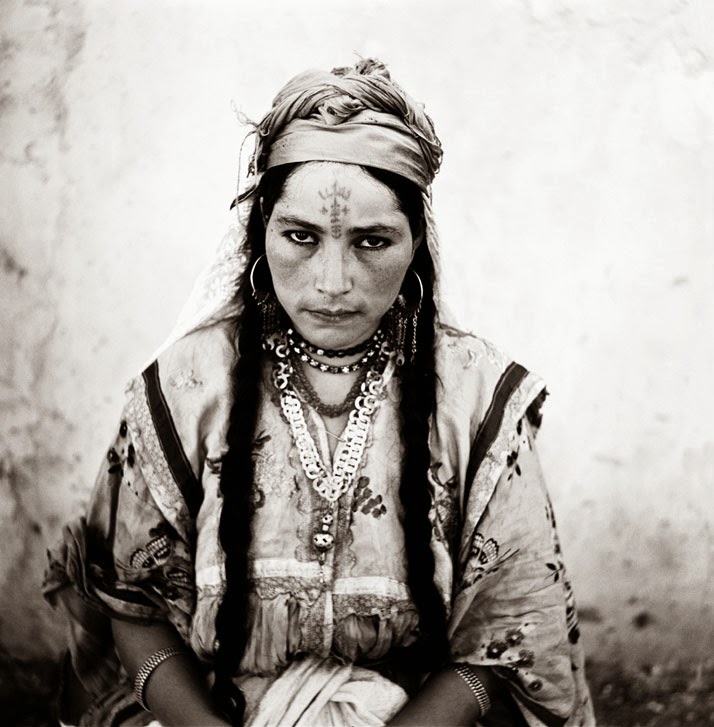 As you can guess, one of my favourite part was about Japan's 'irezumi' (which just mean tatoo but also describe this really specific kind of japanese tatoo). I learned quite a lot about it, especially about how it used to be popular for brave characters to sports tatoos in kabuki for example. 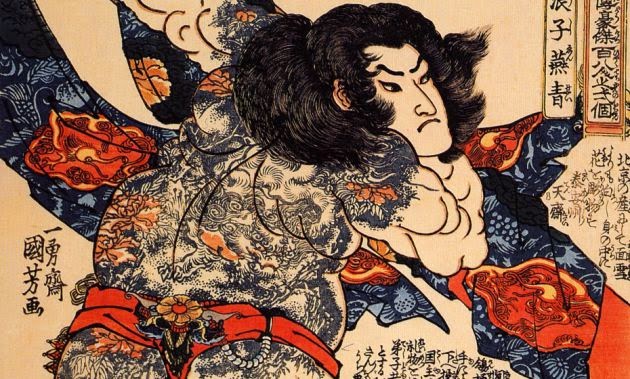 I wish I could sport something like that, but I'm sure it would look awful on me.

They also had some fake body parts tatooed by famous tatoo artists from all over the world.

But the best part was definitly the 'freak show' one. They had some wonderful pictures and show posters, as well as performance videos. 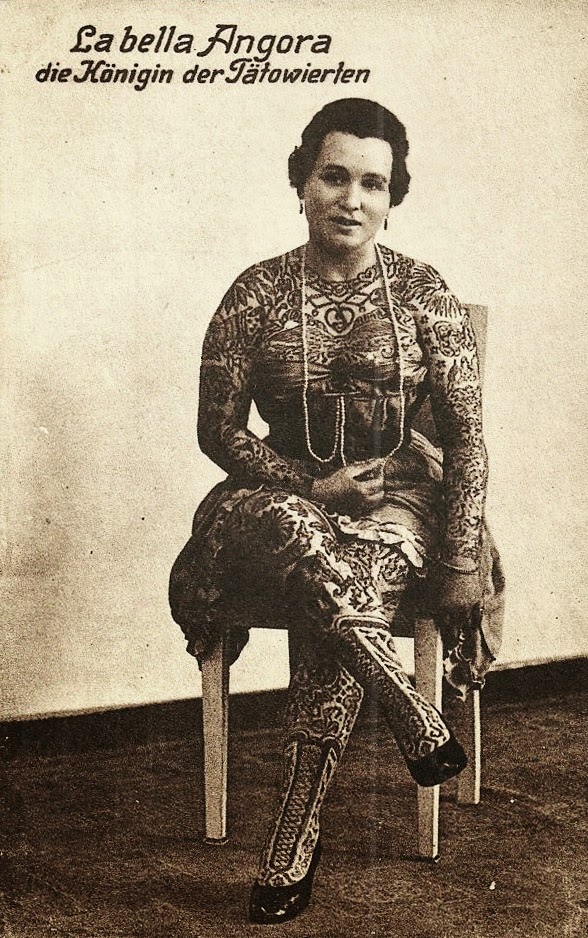 Now let's take some times to realise how sexy Rick Genest aka Zombie Boy is. (these pictures were not part of the exhibit) 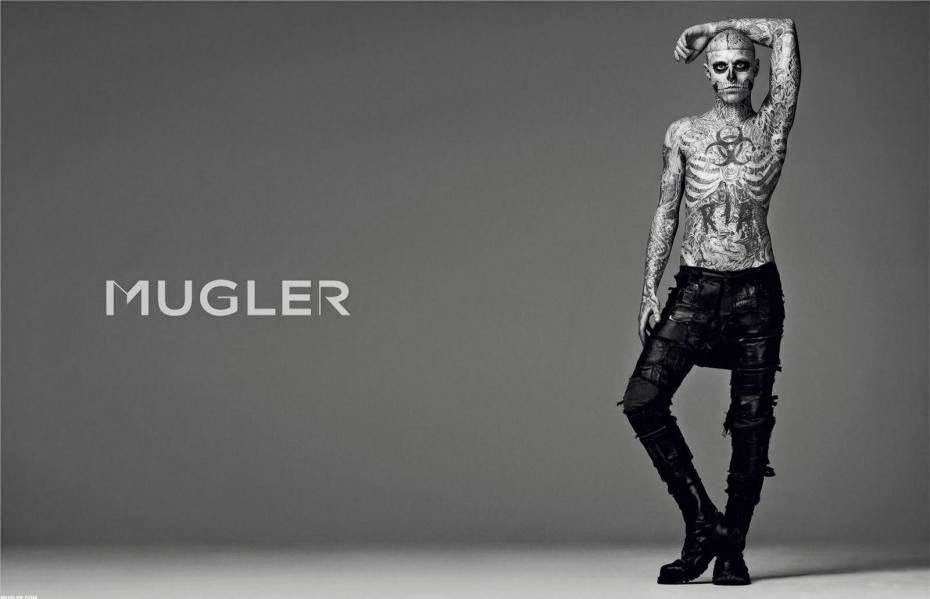 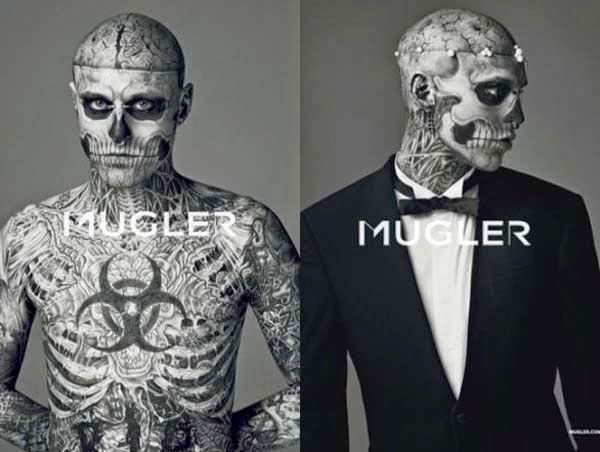 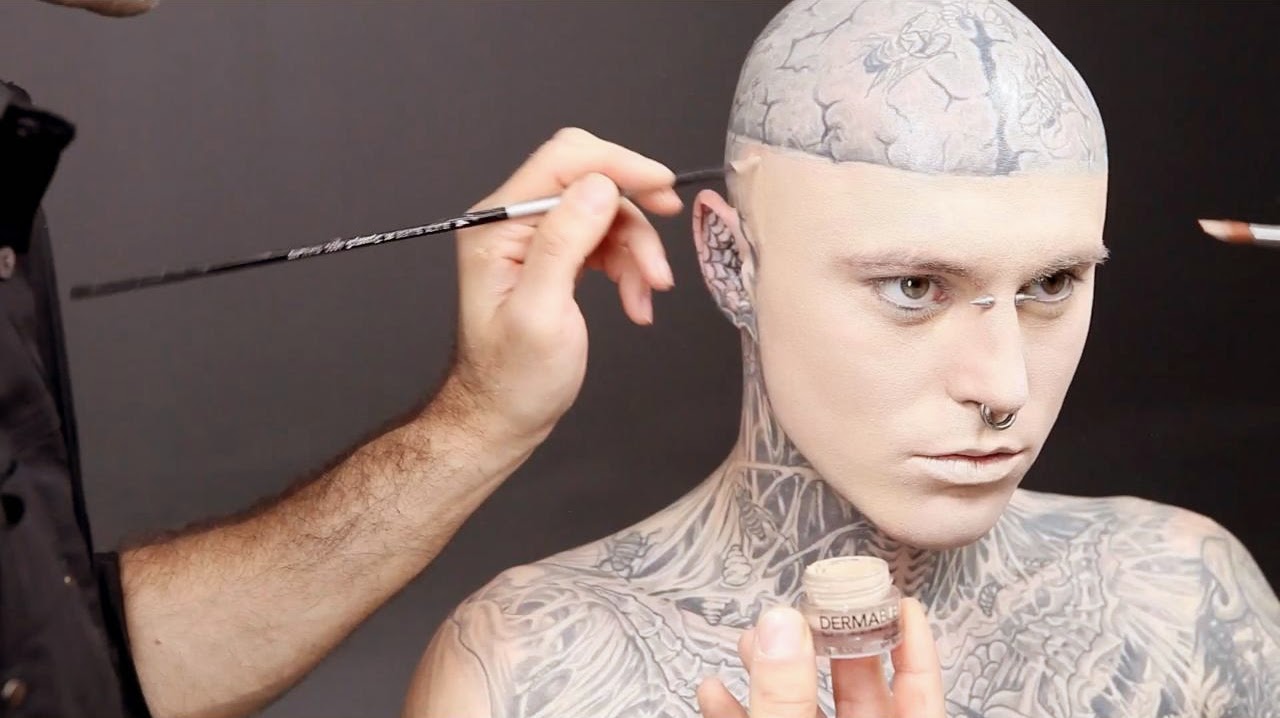 Well, even if I adore tatooed men more than I should, this would be a little bit much for me if he wasn't that cute anyway. But he is (yes, tatooed rotten flesh and filthy bugs can be sexy, don't contradict me).
I wasn't really interested by him before, mostly because I though he was doing it 'just' to be a freak like that lezard man with face implants and tatooed green scales all over his body, but this guy sounds surprisingly nice and down to earth. He is smart and really passionated both by tatoo and performance show, and in my opinion he is a real artist. So yep, true 'artistical crush' for me here.

This exhibition was really well-thought and agreable, I liked it and really discovered a lot of things so I totally recommend it. I wanted this wonderful book about irezumi's history but it was like 150€+, so I just hold my purse tight and let it go, but their shop does have some more budget friendly documents you should definitly check out. 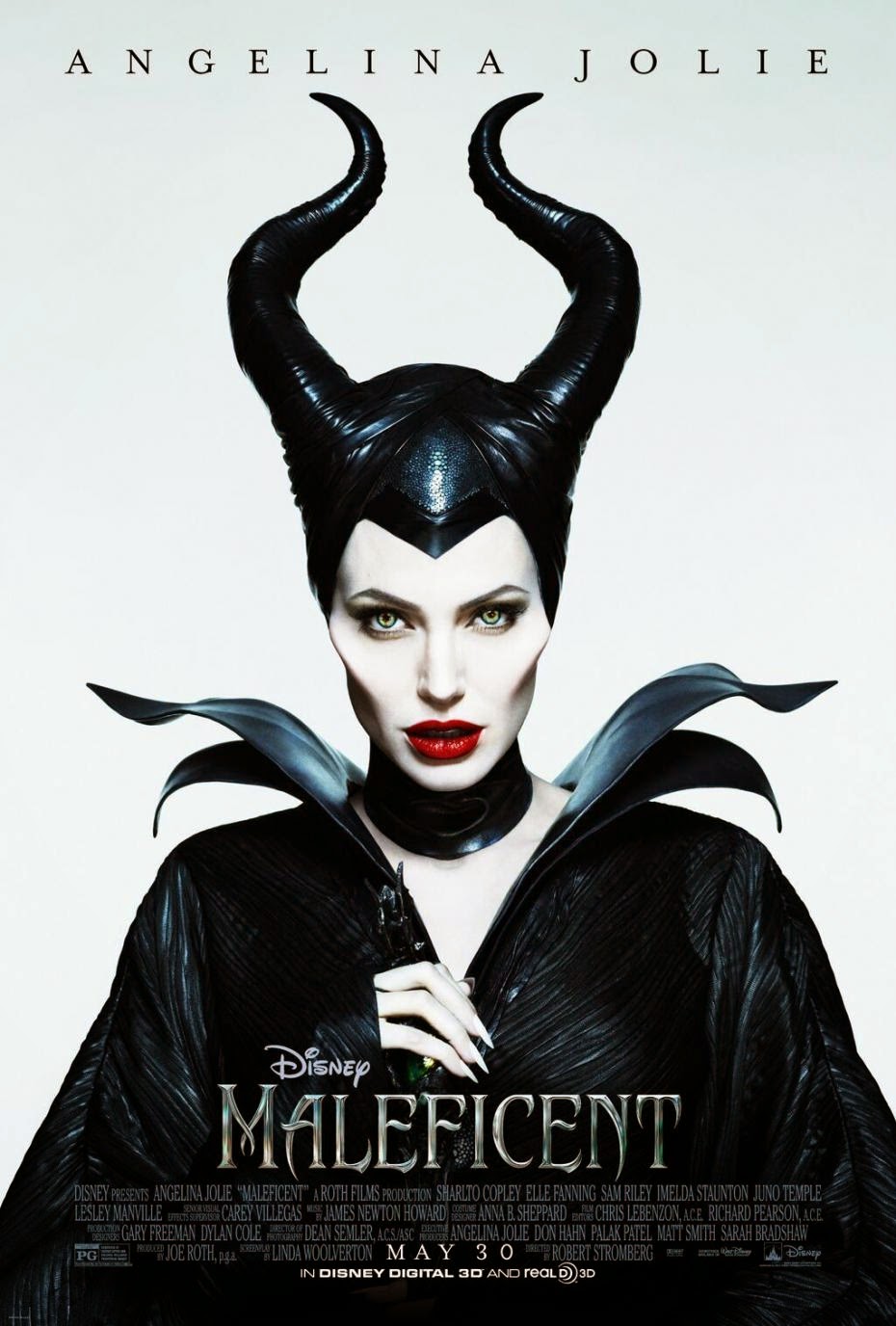 And I've been to the theater to see Maleficient. At first I wasn't really interested by this movie because I really don't like the 'let's take every fairy tail ever and f*ck it up even more than in the Disney version by adding a unnecessary realistic point of view in it becauses fairy tales totes need to have realistic logic' (yes, Disney movies were already pretty meh compared to the original tales, everything was so polished and shiny and everyone seemed to come from a Colgate commercial).
Hansel and Gretel was particularly awfull, I only stood three minutes throught Red Riding Hood and I didn't saw any of those Snow-white rendition, for it's one of my favorite Disney and original tale (and no, Kristen Stewart is not motherf*cking Snow-white). 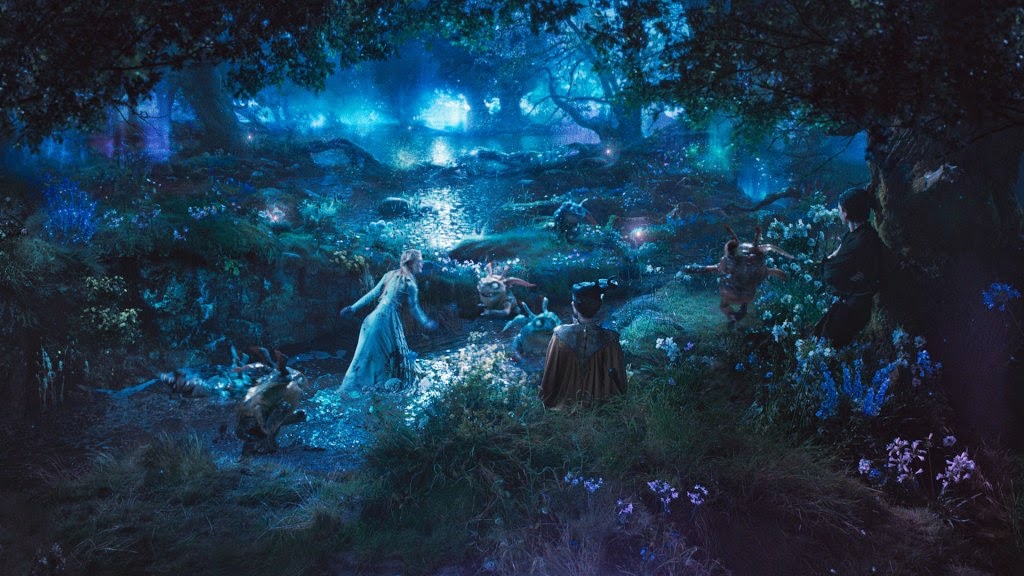 But I saw a trailer video and changed my mind. Aesthetically speaking, the movie was appealling and I wasn't decieved by what I've seen. It was pretty, it made sense, it was not too bad scenario wise and the costumes were great. 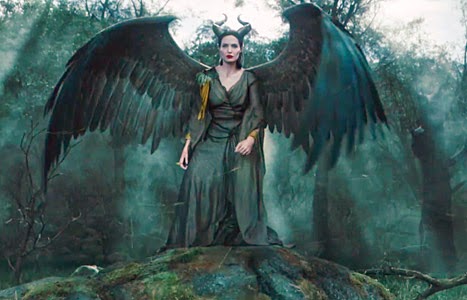 Just a thing : Maleficient isn't actually maleficient. Why would they name her that way ? Couldn't it be a nickname she gained when she became 'evil' ? Why is she called like that at first ? It makes abslutly no sense.
And I did find that Aurora wasn't pretty enought to be the Sleeping Beauty, even thought she was cute and endearing and she genuinely looked like a nice person. The Prince was pretty great tho, I loved that One Direction hair cut. 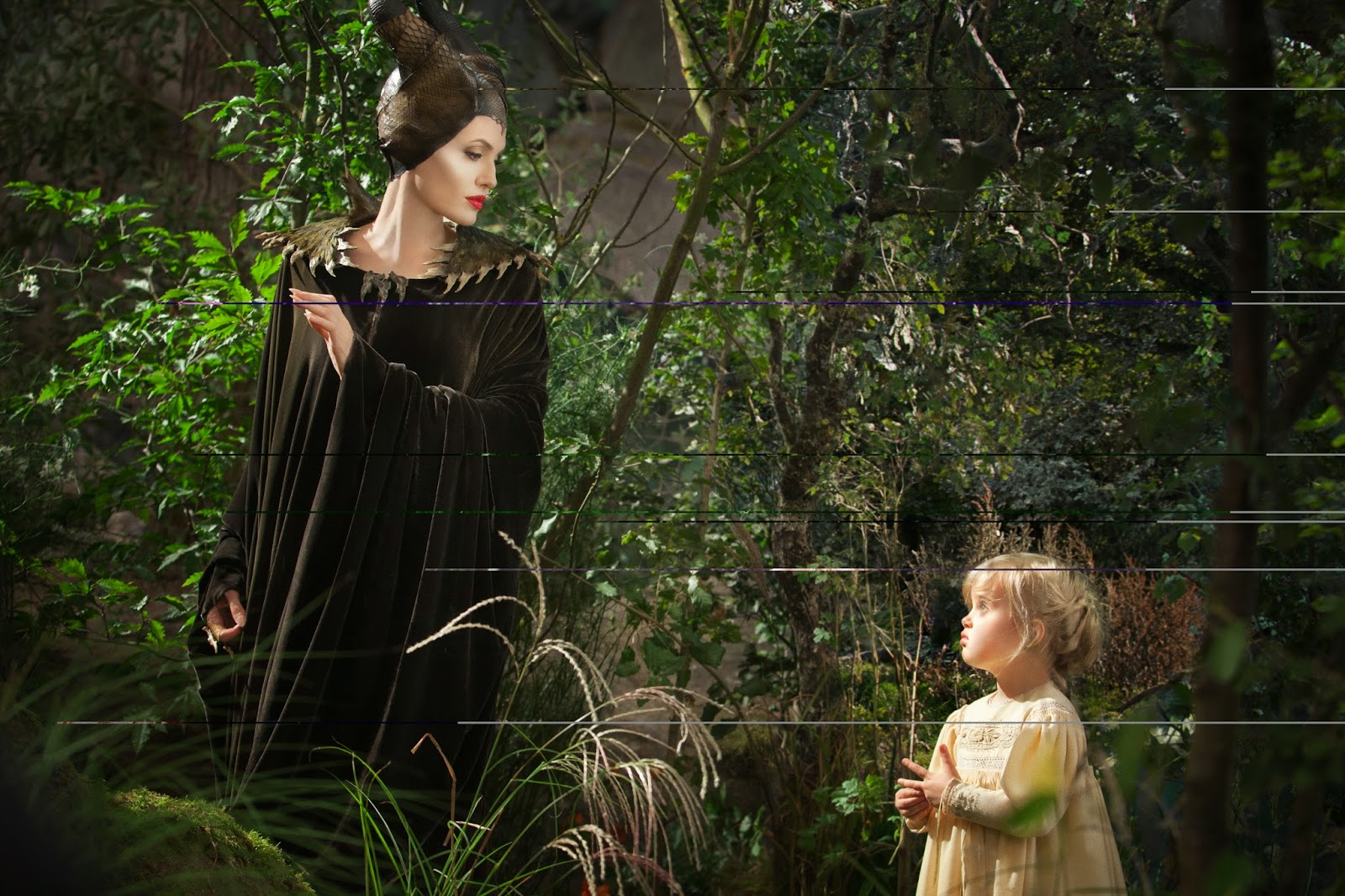 Maleficient costumes are really 'organic'. At first they are earth-toned then they become darker but still hold a lot of natural elements like fur, snake skin, bark-like textures etc, showing her strong link with nature and reminding us that she is still a fairy. I liked these costumes a lot because thanks to them you see how she is actually way more powerful than the pixies and why her charm can't be undone. 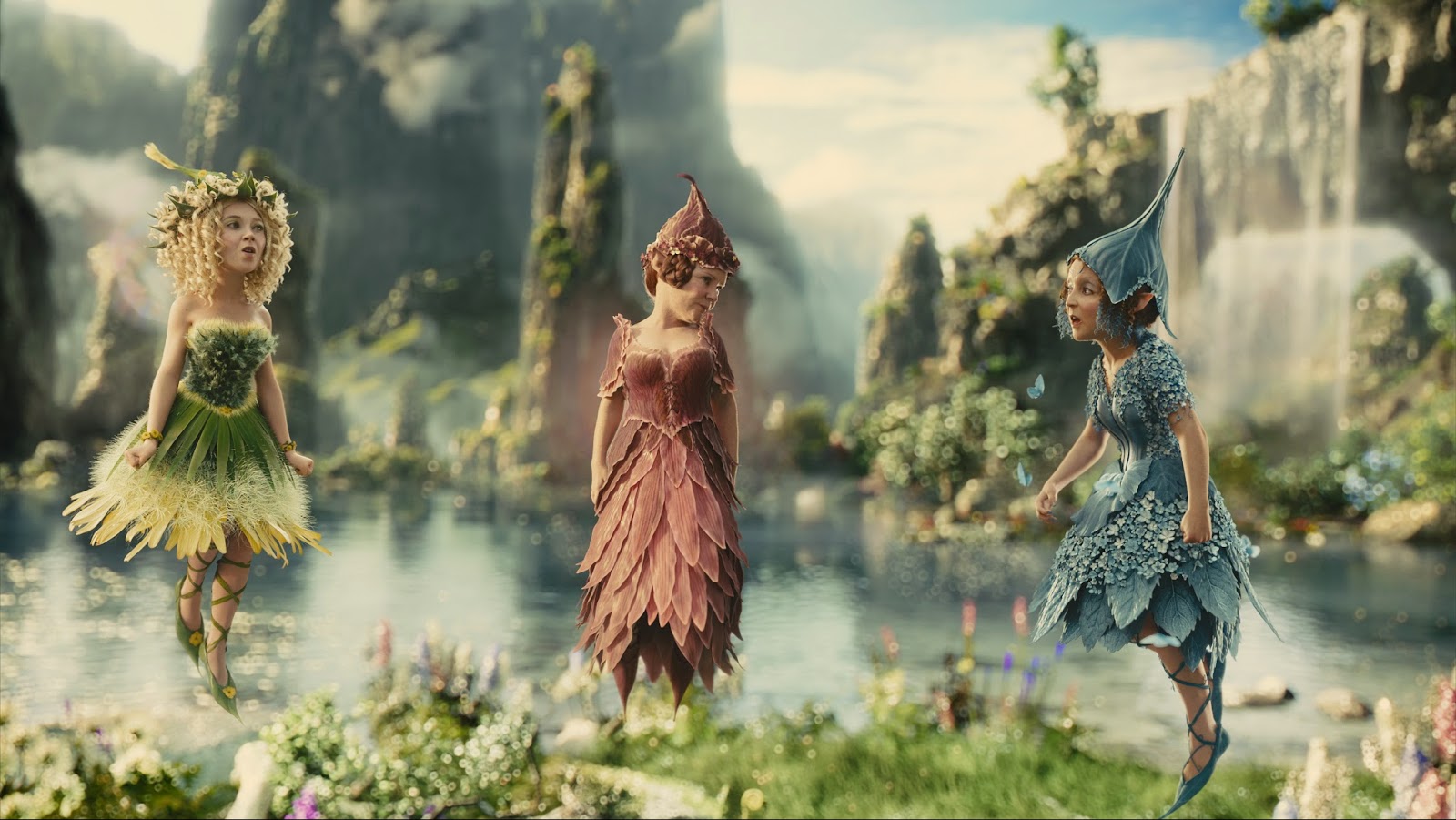 Look at these three small flower fairies. They each rules only one flower type. On the other hand, Maleficient is more of a goddess, she rules 'nature' and is way much more powerful. In this sense, she kind of looks like celtic fairies much more than american god-fairies we tend to see in Disney's work. Her existence is not linked with humans from the beginning, she is here to protect the forest, a manifestation of living nature. She is meant to be too powerful for non-magic creature to normally reach her.

So yep, the artistic creation was good for this movie and I was pretty happy to actually see it. It worth a great big screen in my opinion, so you should definitly try to see in theatres.