What an eventful week ! Last Saturday and Sunday, French Café and Street Fashion held a magnificent event at Hotel du Collectionneur in Paris.

What can I say ? The location was downright gorgeous, everyone was wonderful, the designers were nice, the shops were interesting and it was overall a great time. I was happy to join the Lockshop crew with Chokelate, Ayumi and Antonia. It was really interesting and fun to see a convention from the vendor side. I had a lot of fun and I was able to meet a loooot of people despite not moving around as much. I'm glad I did that and look forward to work again with such beautiful people ! Sadly, due to bad light and no time I didn't get any pictures of the event. Nicely enough we had really great official photographers !

Here is my outfit of that day :


And my shopping of the day : 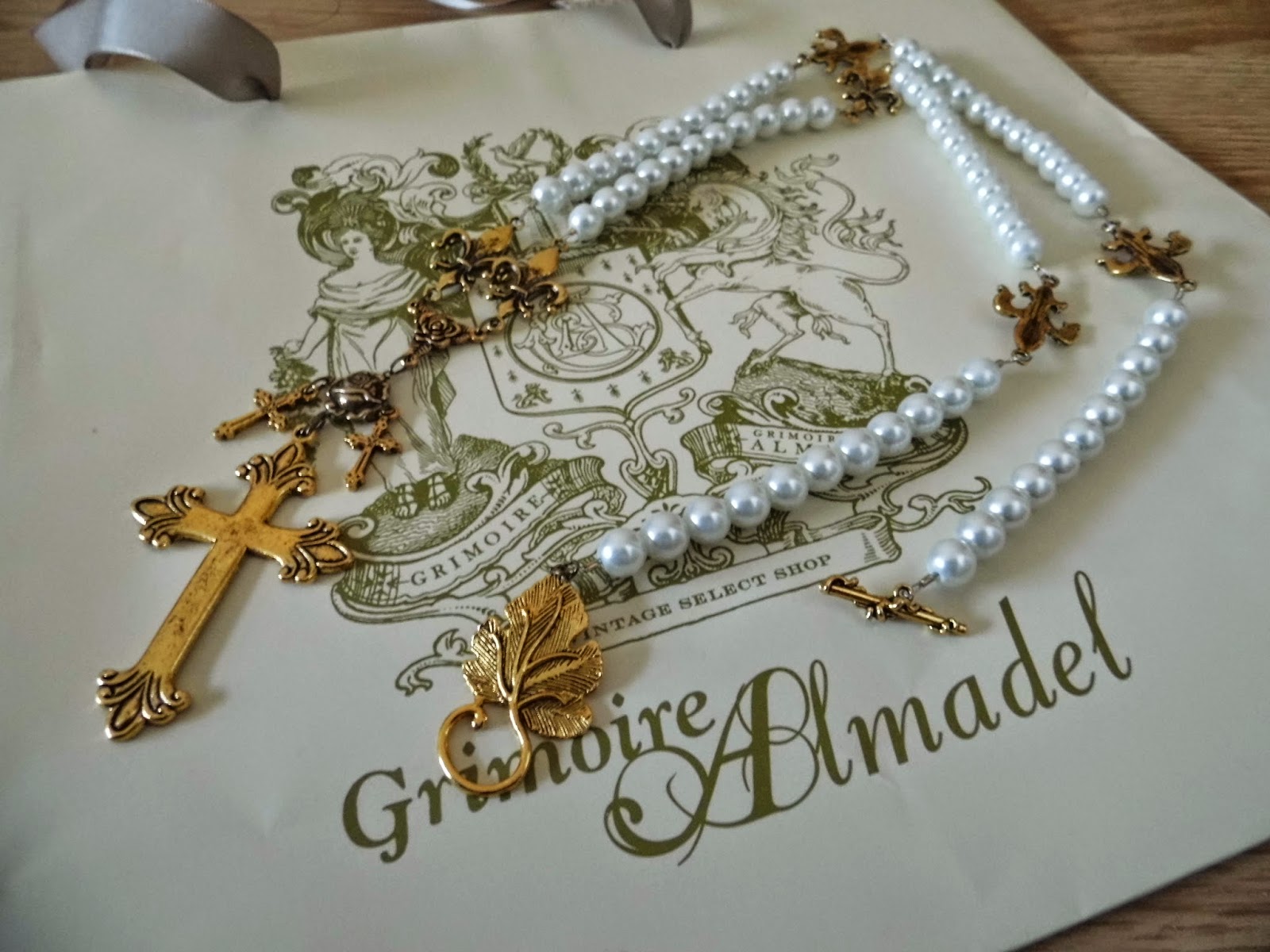 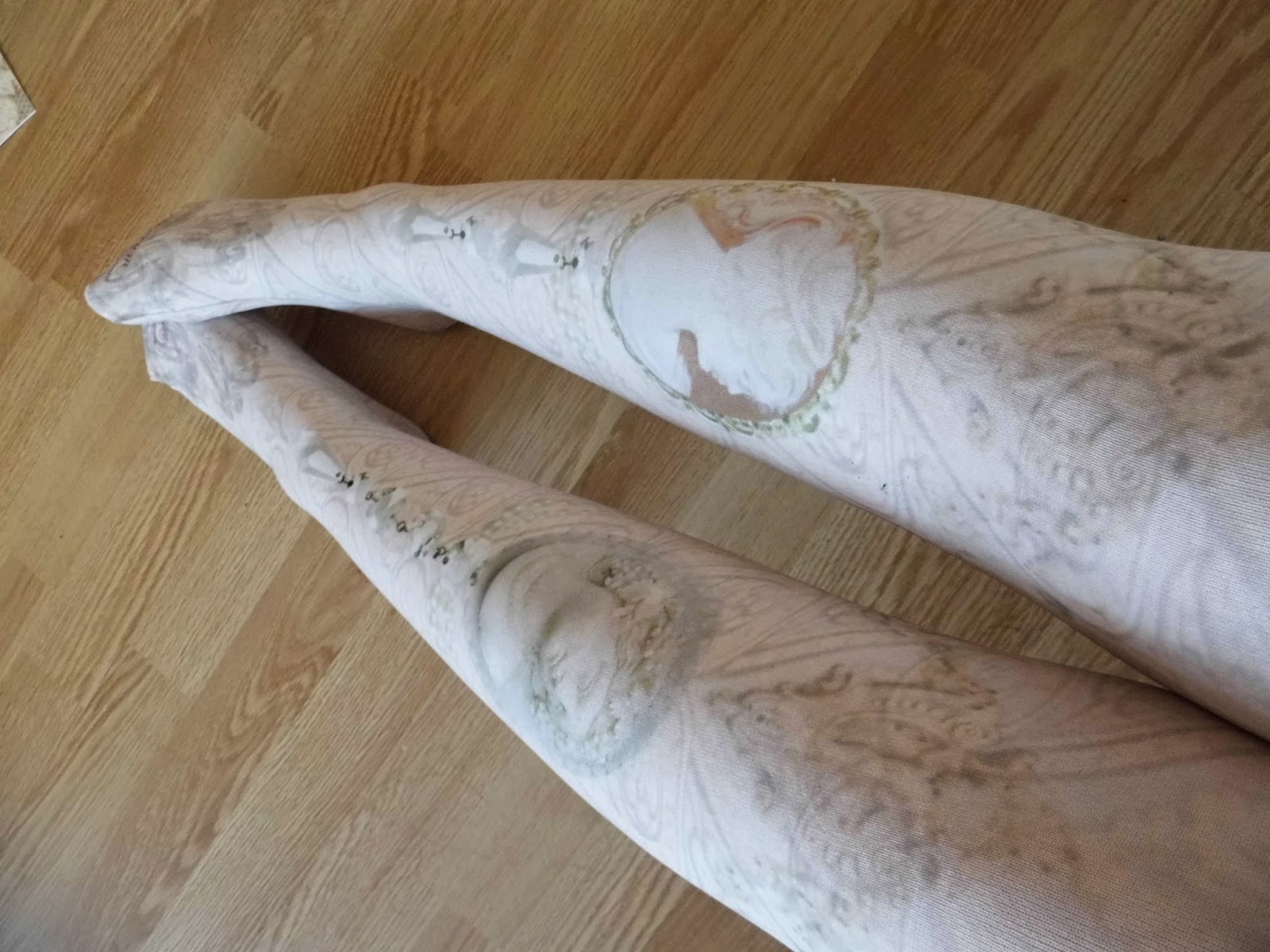 I didn't really plan on buying anything really, but these are good addition to my wardrobe.

Tzadkiel was home for the week-end. After the day I changed to comfier clothes and we had some awesome tonkatsu with our group of friends from Lyon.

The next day, as we didn't buy tickets for the Baby tea party we went at the Ladurée tea party organised by wonderful finnish girl Lauren. (pictures taken from everyone's facebook post, sorry guys !)

So many pretty people ! 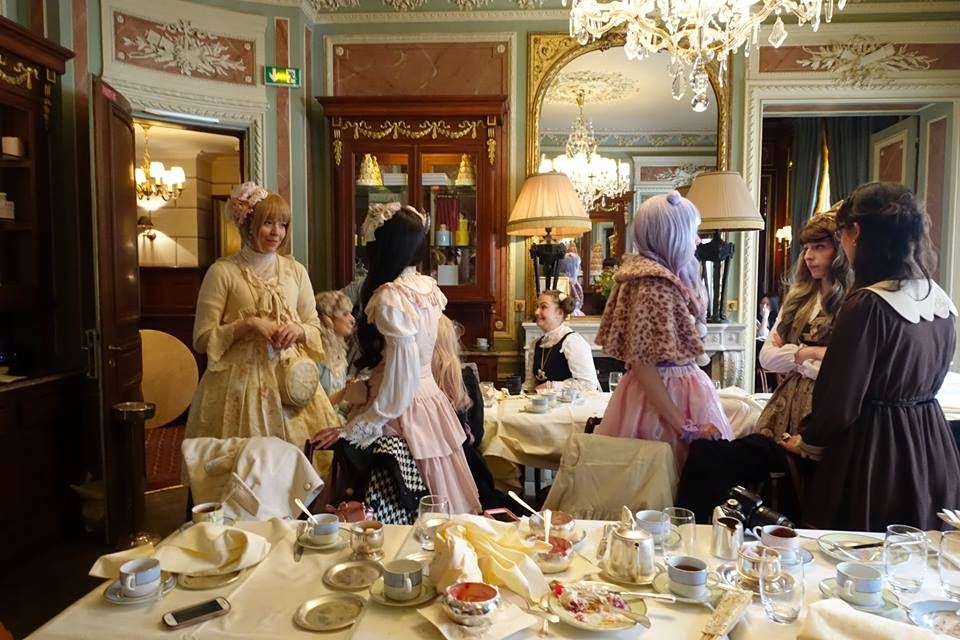 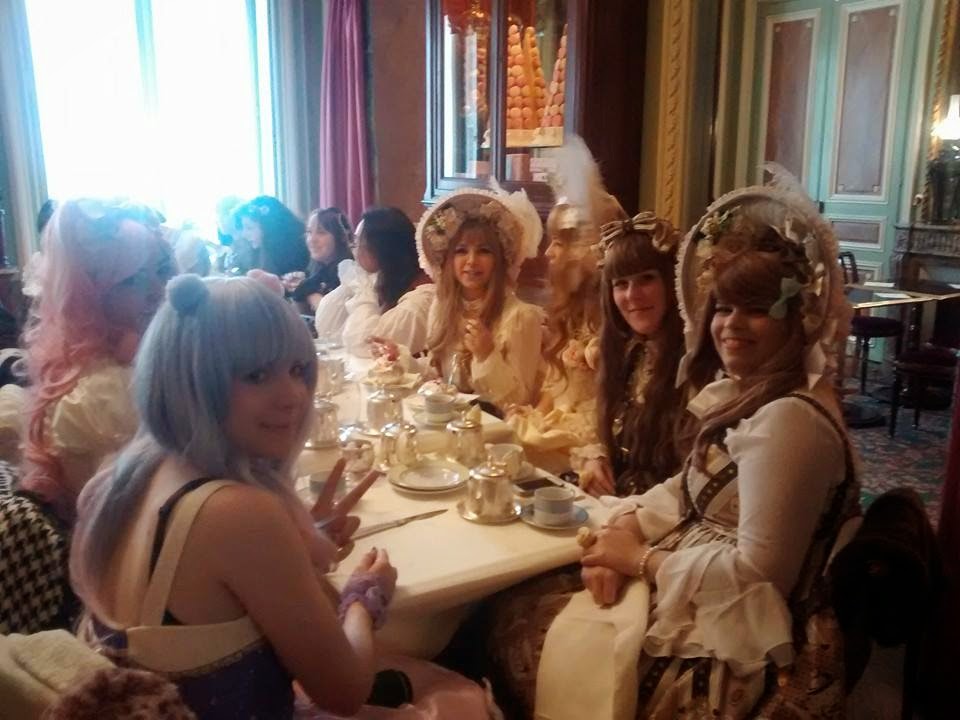 
We then took the metro to see the Eiffel tower at the Trocadéro.

It was a lot of fun hanging out with everyone, I was glad to meet you all.

After that, we had a blast at LVER after party ! Sadly we don't have any pictures but we had may tears, many laught and a good sweat on the dancefloor. Chiéko, Clarimonde, Tzadkiel and I got back at my place at 2:30 in the morning, what a night !

Finally we managed to organise a small hang out on Tuesday before Martha darling catch her flight and I go back to my parent's for the holidays. We setted up the appointment at Baby Paris at 1PM.

Everyone was absolutely stylish and nice ! I didn't know Clothilde and Julie as much as I wanted too, so I was happy to see them. My Canadian French lovelies were so pretty and nice too ! 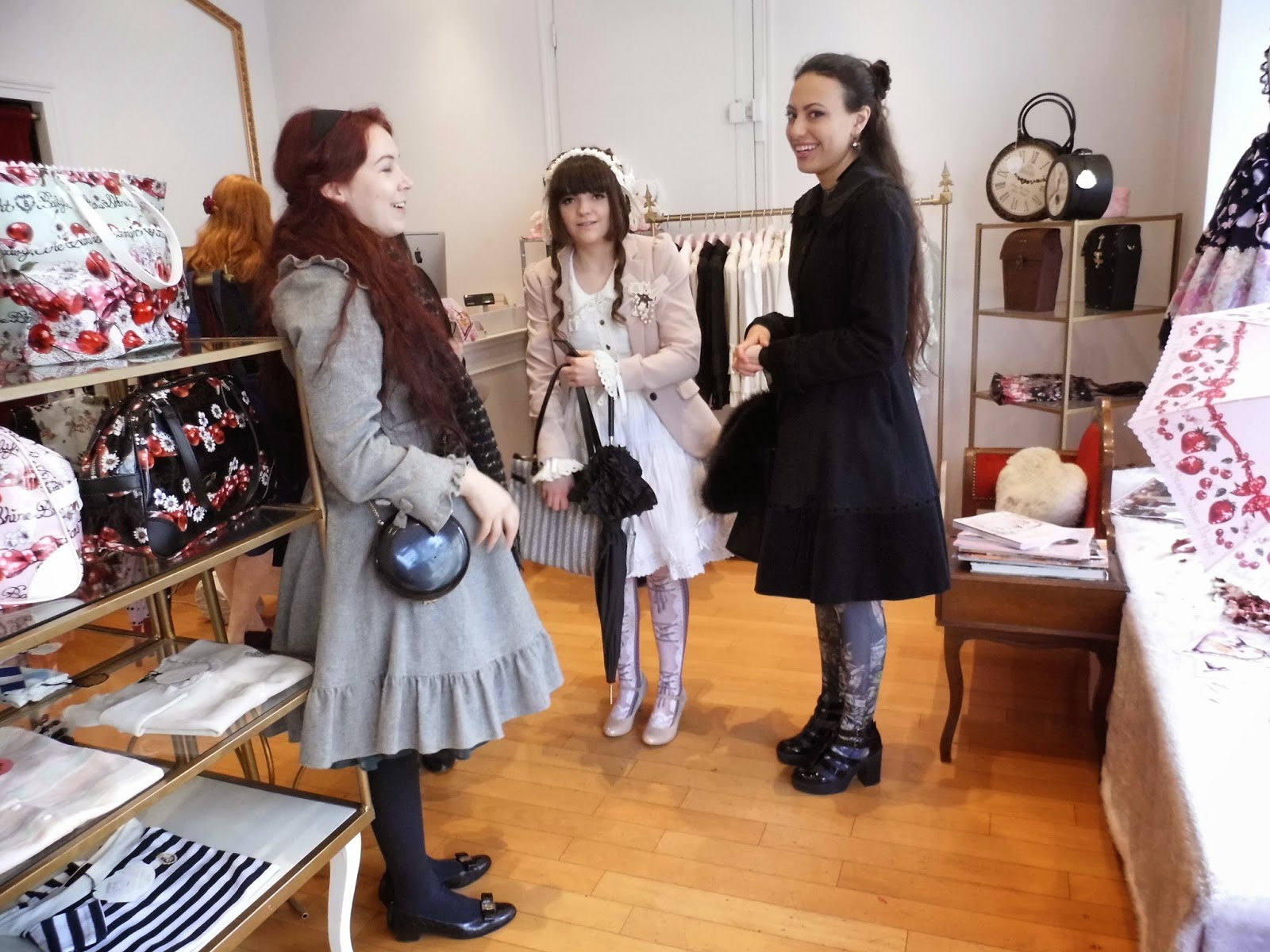 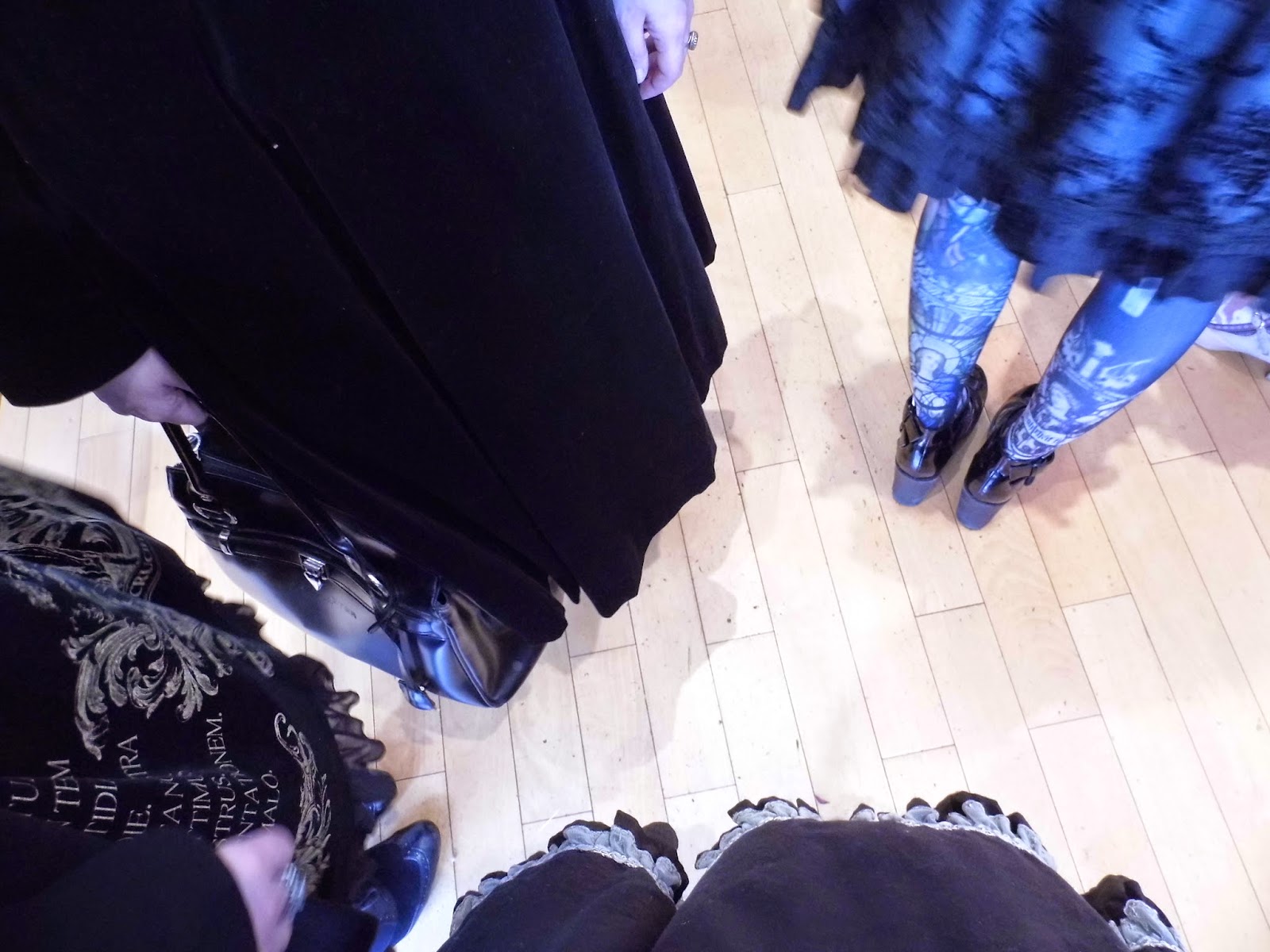 We took oufit pictures in the shop then headed to Princess Crêpe and sat in there for a while. After that, we went at Axes Femme but the shop had been totally emptied by shopping addicted lolitas a few days before.
We then joined the opening party of "Les filles frou-frous" pop-up store near Notre-Dame, featuring awesome lolita designers as Ergi, Cloudberry Lady, Li Paro, Shinkurose and Medusa Couture. (I'll try to edit and post pictures once I get my hand on it).

We had a lovely time, I was able to speak a bit of japanese and to talk with Cloudberry Lady's crew, which was pretty awesome.
After that, we parted and Marianne, Sophie Martha and I went to the ever so famous Shakespeare and Co., an english book shop in the lovely Saint-Michel. I've never been there before, it's such a nice place.
As it was already near 10PM, we then took the metro and everyone went home.

These few days were an absolut blast. I was happy to meet and see again lolitas from all around the world as well as practicing my english a little bit. Now I feel like travelling all around the world to try and see you all again ! Thanks to SFE for organising such an impressive event, and thank you all for attending this in our wonderful capitol city. I hope you all enjoyed you stay and look forwrd to come back and see us again.
Publié par Unknown à 00:19