I feel like I have to astrain myself to post once a week for at least the few next monthes, or I'll have way too much things to say and will forget stuff...

Anyway, last saturday I was on a day out with darling Myriam and her friends Kourai, Aelin, Angélique and Peggy. Myriam was recording with TV Tokyo for a show about France, her segment was about Japan loving french people. We first met at Baby (I was sooo late, sorry once again girls ;_;) and took group pictures as well as some footage. I got interviewed, and answered all in japanese ! I was so stressed out my voice became super high pitched, I'm totally gonna look and sound stupid.


We then walked to Princess Crepe (it's a real lolita hq) and my feet were aching because I went with stupidly high heels despite Myriam's warning (I'm not a clever person ok ?). I was happy to have the occasion of talking a bit more to Aelin ! We've been in the same community for years and years, crossing each other multiple times and never really met, which is a shame. Sadly she had to leave earlier for work related reason, but what a pleasure chatting with her.

At Princess Crepe the lovely crew offered to pay for our crepes and we were soon joined by Loliz, who had a wonderfully soft and elegant outfit that day.


They then asked us who hasn't been in Japan yet, and the three of us who didn't had to say why did they want to go. I said that I wanted to learn more about folk culture and fashion in Japan. They filmed a bit more, then payed us good bye after gifting each of use a nice tenugi (japanese fabric handkerchief).
From my understanding, the show will be aired on 04/14 20:00 JPtime on TV Tokyo, so check it out !

After that, we went to Axes Femme. 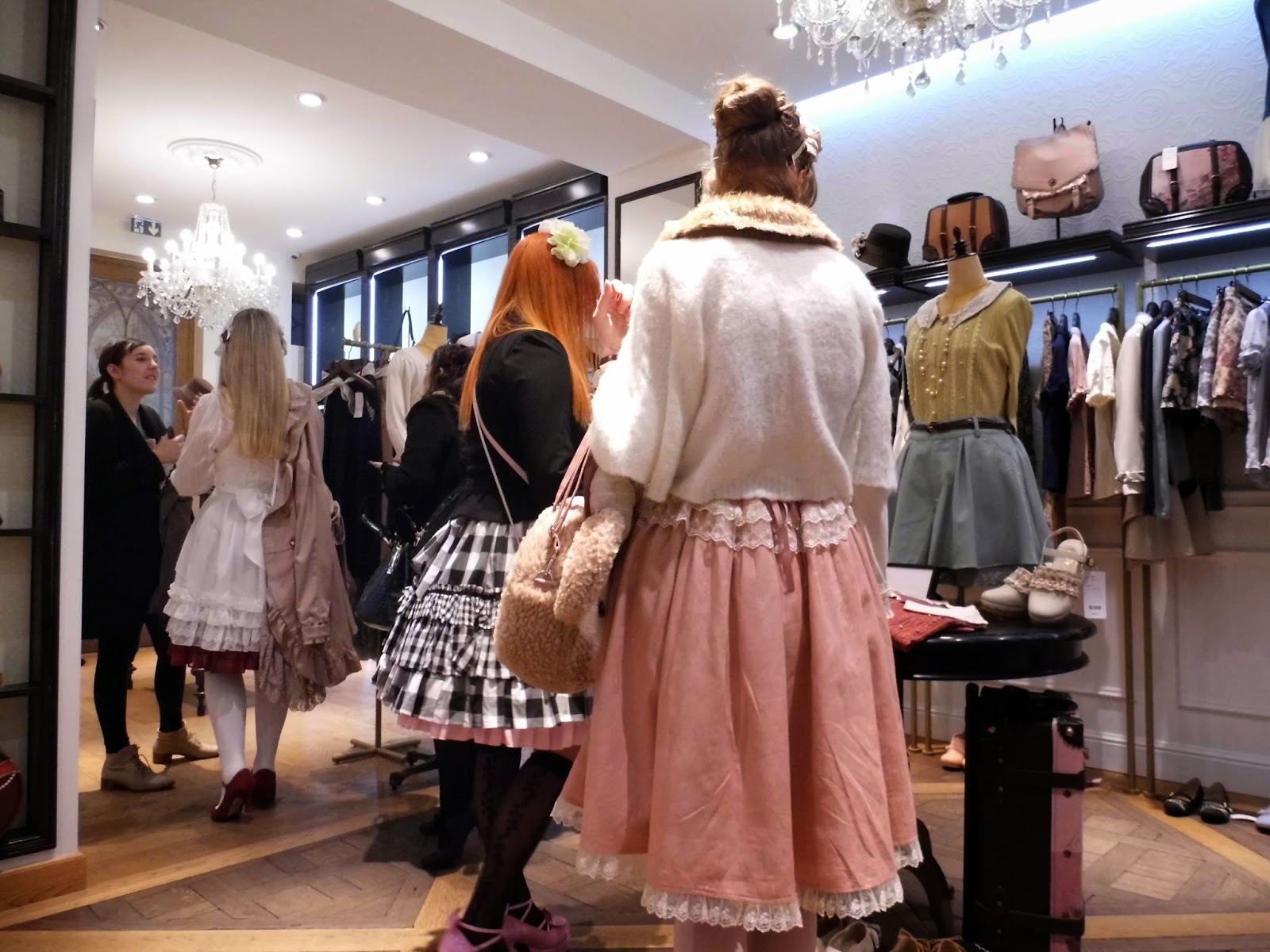 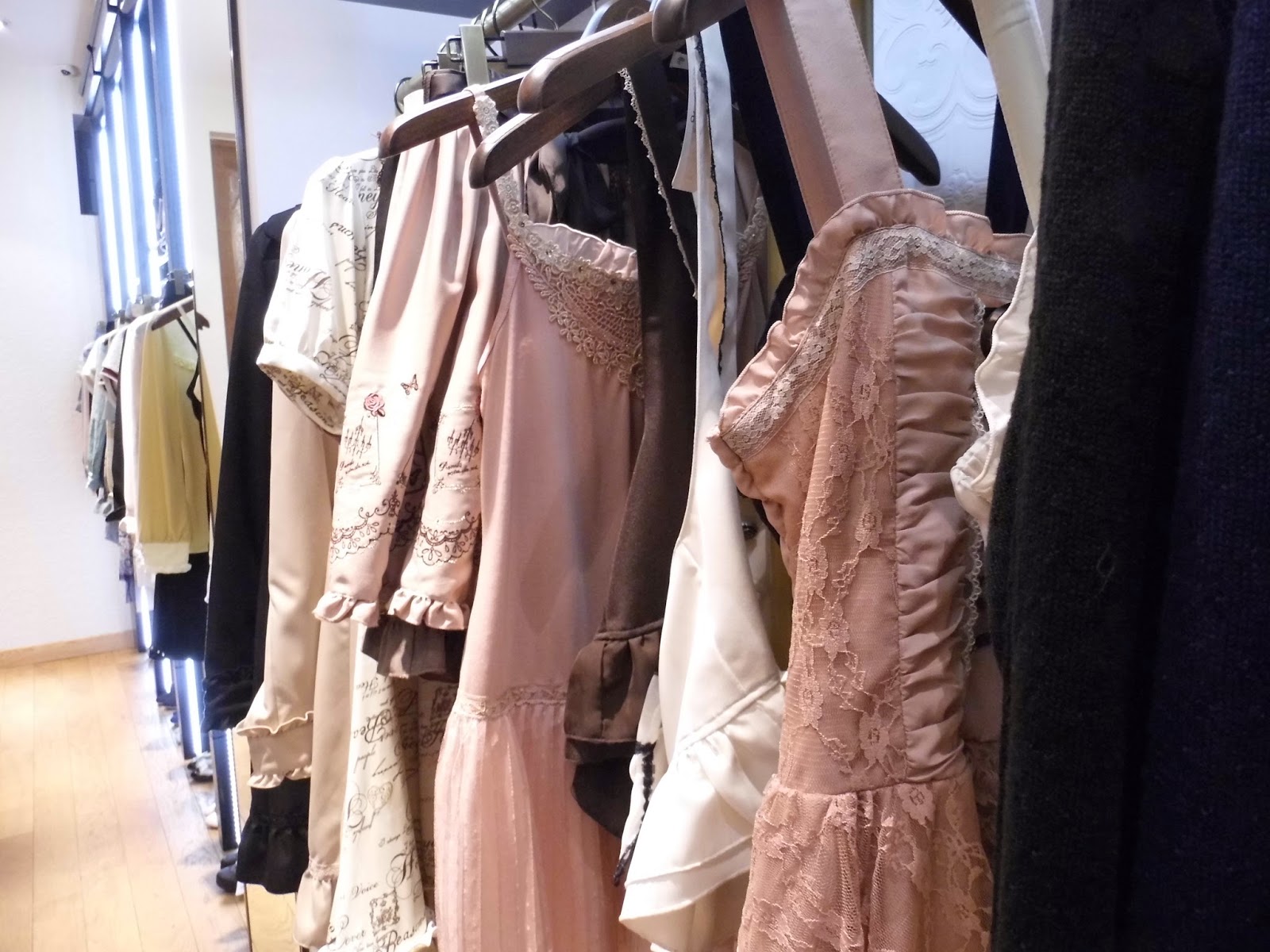 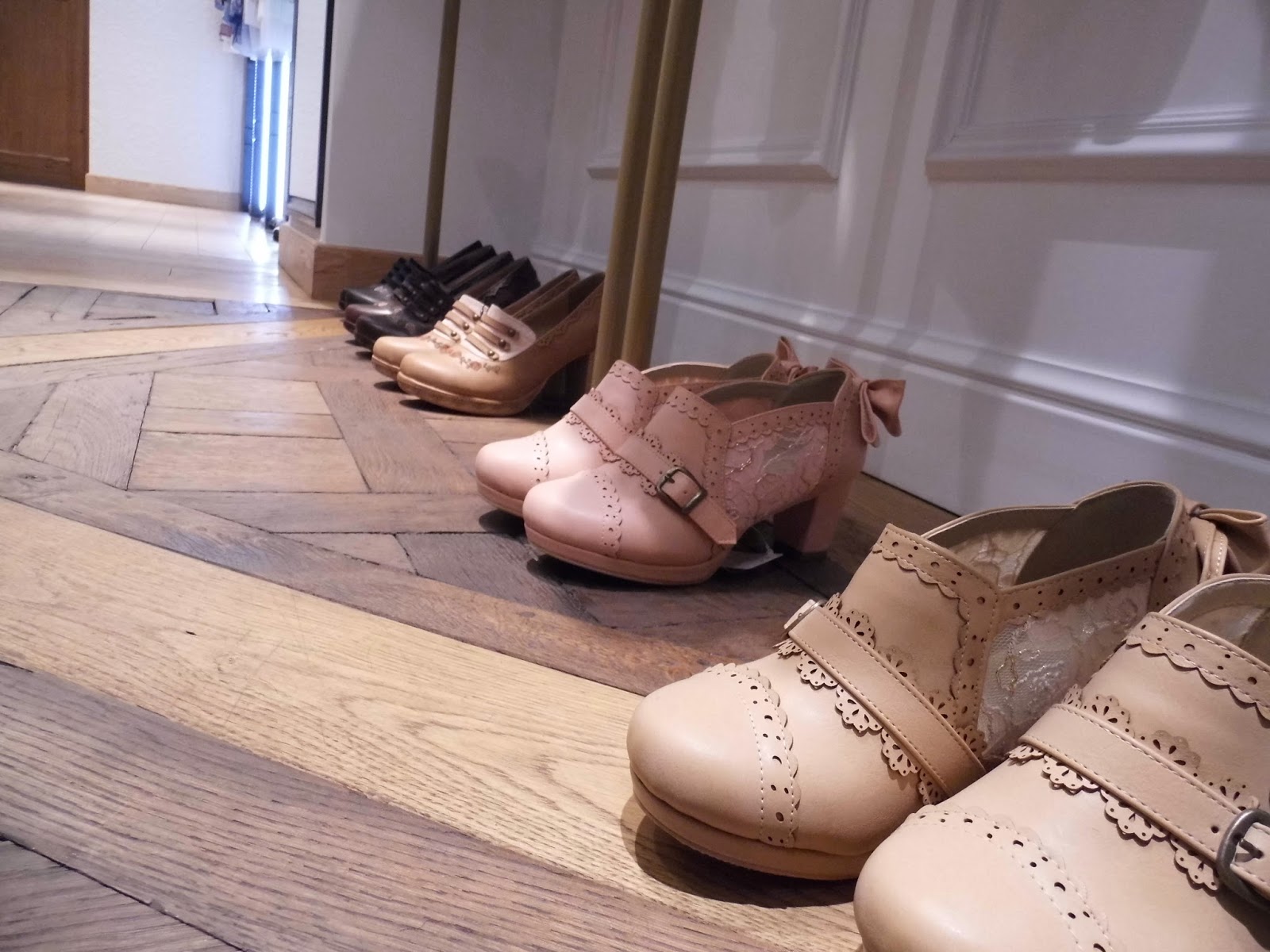 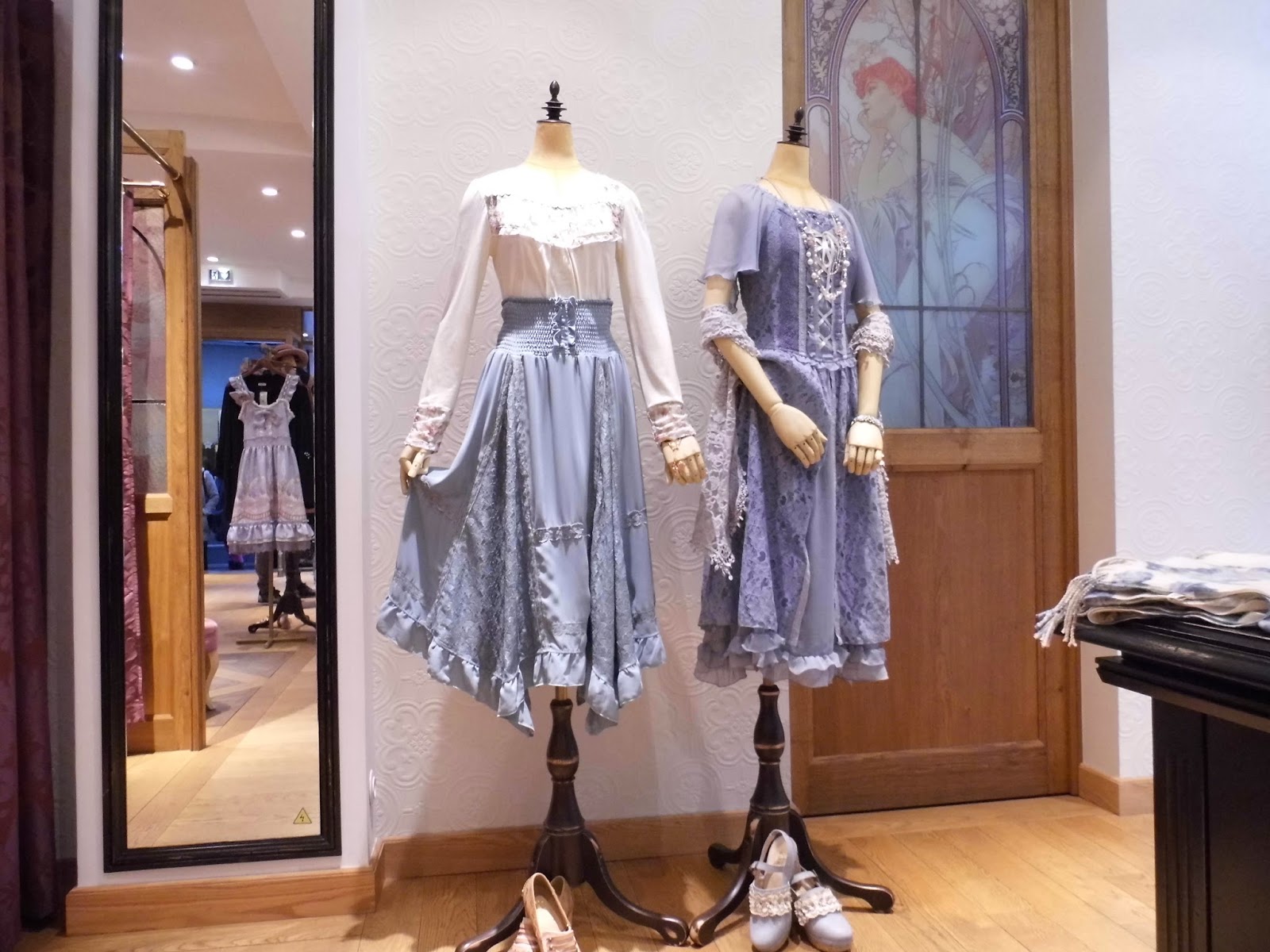 It was super funny hanging out with you all girls ! Can't wait to see how the show will look like ! (thanks Peggy for the group pictures) 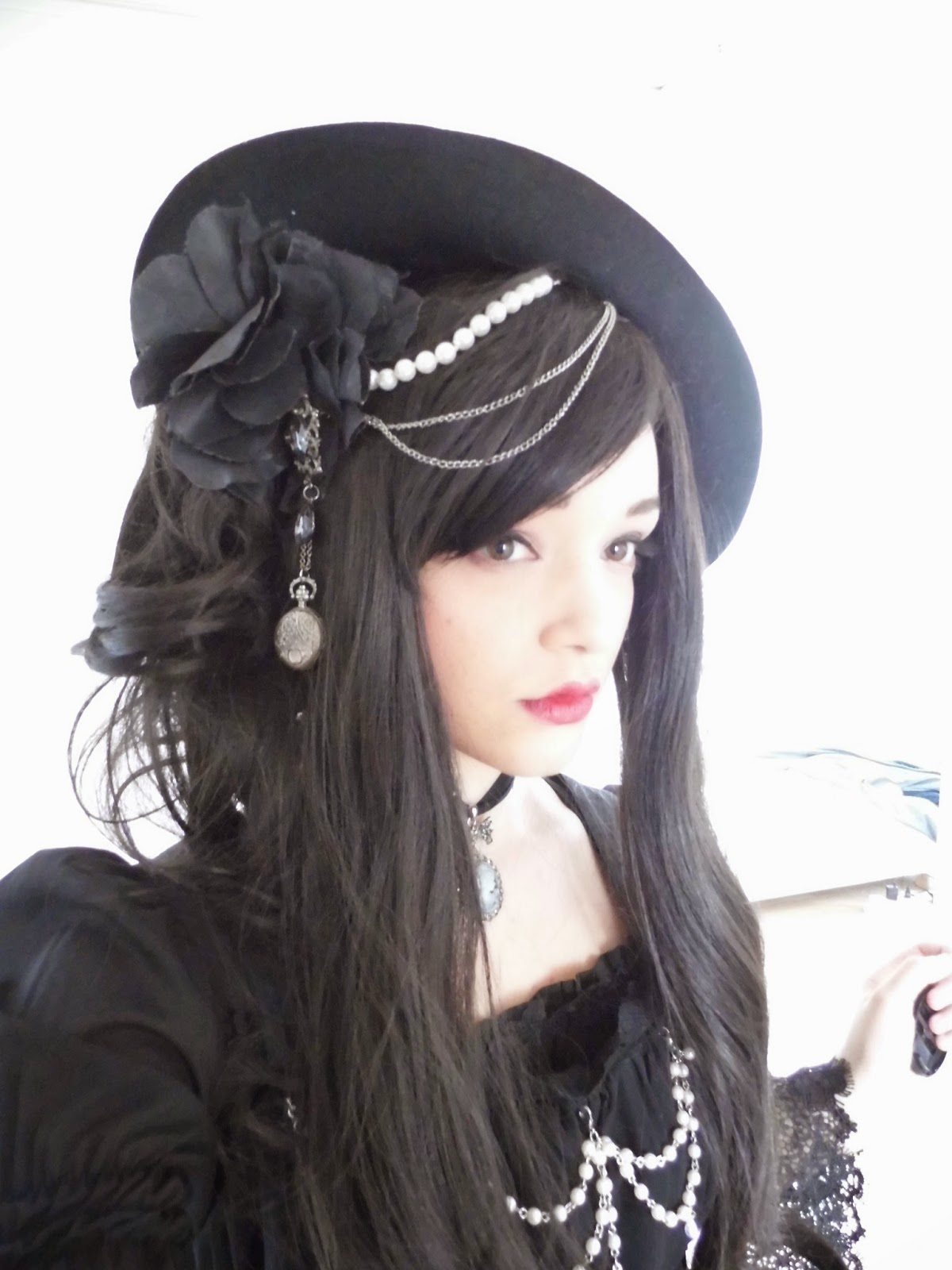 On sunday I organized a tea-tasting meetup in one of my favourite tea place in the whole city : la Maison des Trois Thés, a chinese tea room specialised in Pu-er auctions. The place is downright gorgeous and so soothing ! It was quite an uncommon place for a tea party, but definitely a one of a kind experiment.

I warned before hand the guest that this was not your regular tea party, no cakes or cookies on the table and no sugar in your tea. Instead, the nice employees guide you through a menu of dozens and dozens of precious chinese tea, providing a tasting experiment tailored to your desires and perfectly accessible to non-experts. 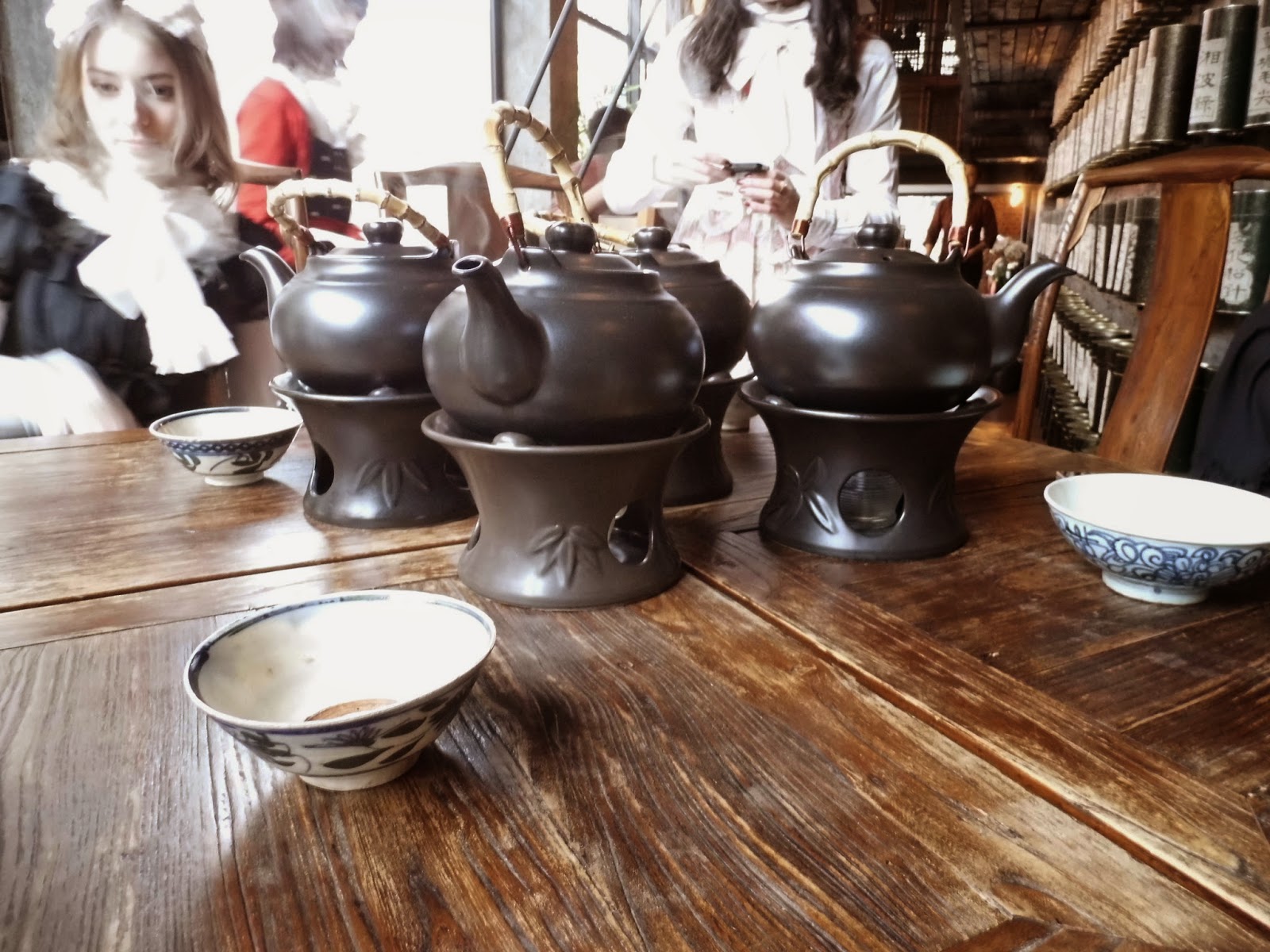 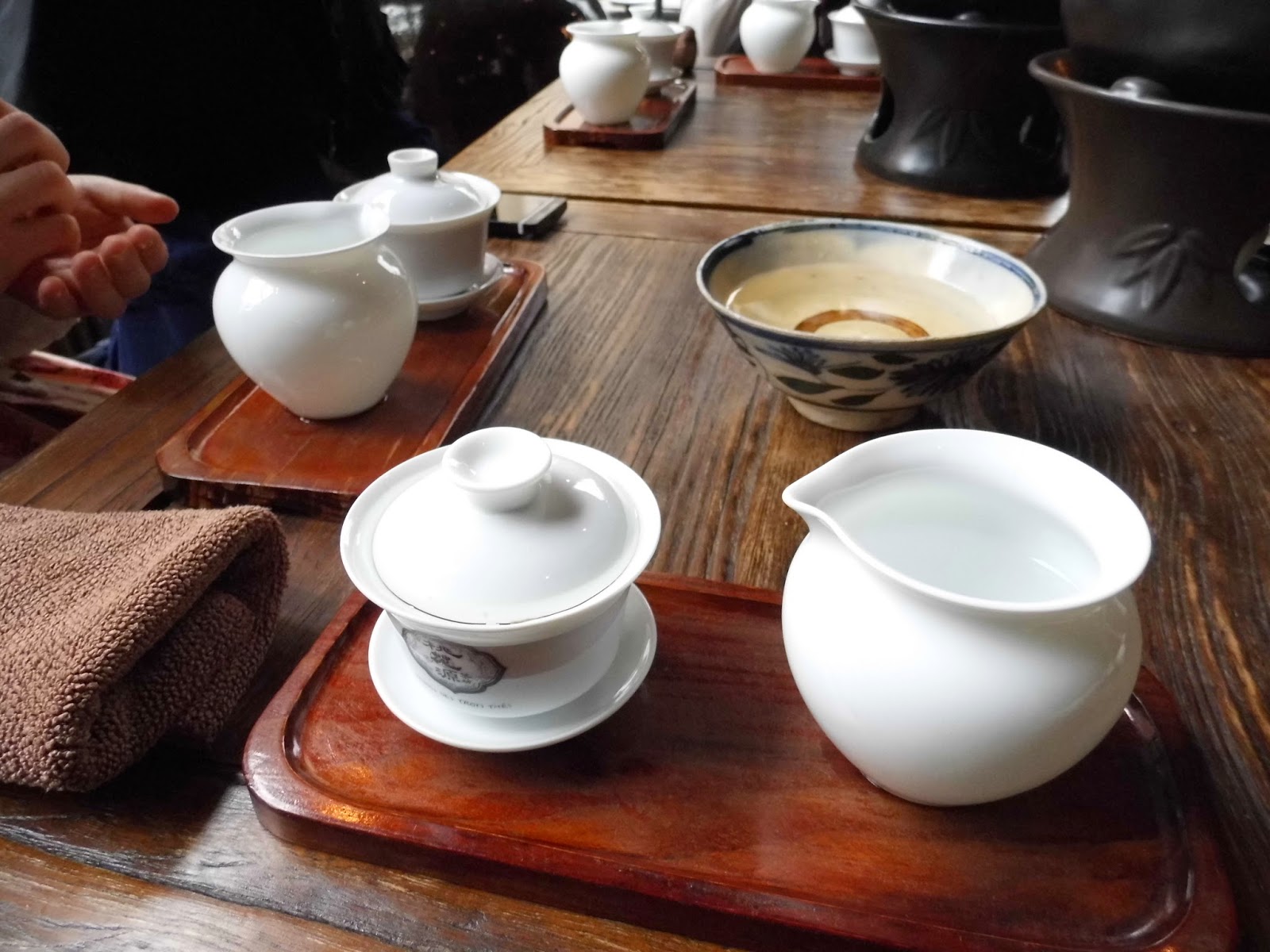 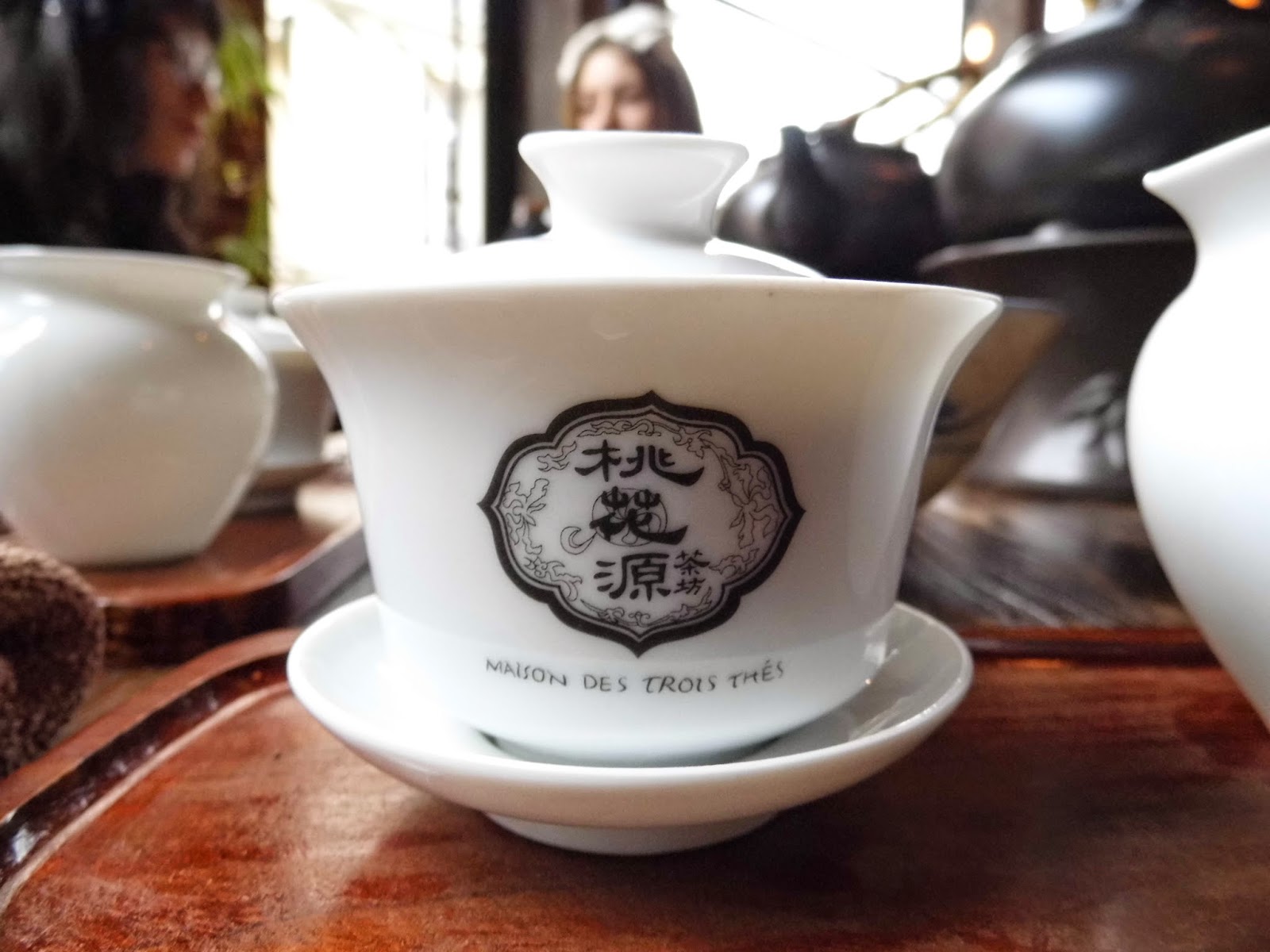 We were a table of eight and settled up for a jasmine white tea as a starter then two different oolong, a Ti Kuan Yin (roasted, heavy oolong with cerealy notes) for half the guest and a lighter, green oolong with at first a mimosa then a slight coconut and caramel after taste for the other half (Jin Shuan ?).

The nice waitress demonstrated each type of infusion while explaining in details what happened and then assisted us in our first infusion. A second waitress was in charge of refilling the four heavy kettles and braseros of the table. They also had us try one of their limited series of Taiwanese fruit jam. It was litteraly to die for. 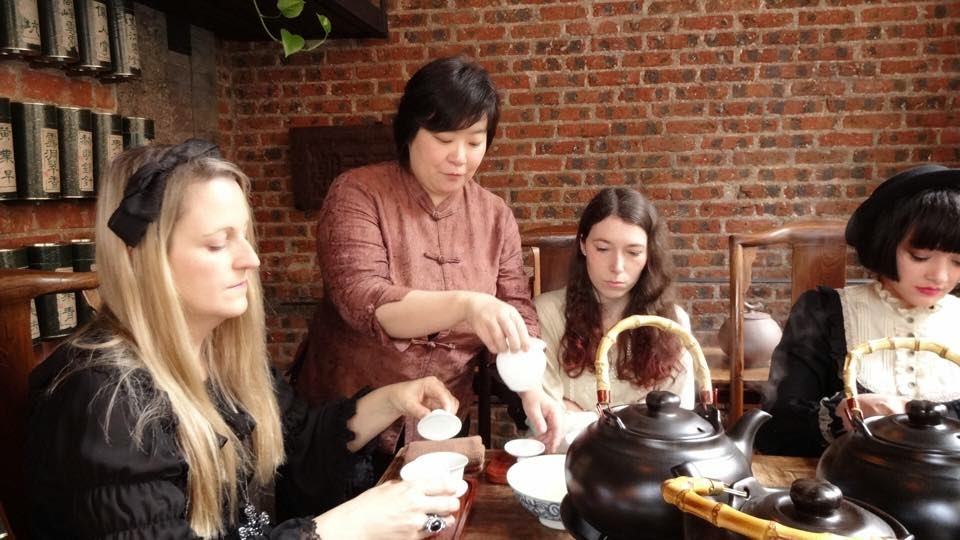 After that we took a few outfit pictures in the Jardin des Plantes not so far, and we parted up. A few of us wanted to eat an Angel Cake at Ciel, but infortunaly they didn't have any room for us.

I'm really an anxious person so I tend to avoid organizing meets, but I had so much fun and everything went so smoothly I'm already working on a few new things. I'm trying to think outside of the box and avoid touristic spots/rehashed themes and places. I've got a few ideas already, need to proof-test them firstly though.

It was a super nice day thanks to you all gals ! I'm happy you enjoyed this place as much as I did and I look forward to see you all again <3
Publié par Unknown à 05:21