Hey guys.  I lose weight. A bunch. Let's see that.

It's been a year now since I began my weight loss journey. Not really consciously though. I had not so much trouble with my body image apart from my familly telling me I looked fat (as always). I just kind of stopped eating for a bit out of sheer stress mostly due to school, then went along with it.

In early 2014 I was dangerously nearing the 70kg (at 159cm !) and felt really tight in my FR42 sized shorts. The thing is, every dresses kept fitting because I've never been over 67cm waist at my very largest. Between april and june 2014, by just controlling my calorie intake I dropped 5kg, just in time for Japan Expo.

Summer came, and I have the weird habit of not really eating when it's hot. It makes me dizzy, so I usually just drink a lot and eat water-filled fruits. Makes me feels lighter. I'm really not good at handling heat and I'm easily dehydrated.
It was apparently not efficient enough though. After coming back from my family trip in Thailand were I indulged myself with local cha num (thai style sweet tea) and a lot of fried rice, I stumbled across a few pictures of me, flabby arms and stretch marks everywhere.
Big wake up call.

I made a bunch of decision on my daily diet : unsweetened tea (I mostly drink "savory" tea now), less pastries, less milk (I need to drink whole milk for health reason but it's really fatty), no sugary bits.


After a few months eating only cherry tomatoes, carrots and cucumber (which is really a stupid thing to do, but that's basically my summer time regular diet) and almost turning into a turtle, I tried to make a few other changes.

I consulted a ton of different forums, websites, books etc to try and control my calorie intake and my macro-nutriments according to my height, weigh and minimal daily "sport" (30min walk/day).


I freed myself from schedules and norms on my daily diet. It doesn't mean I'm constantly eating, it means I just don't follow the "rules". I wake up super early in the morning but my classes are at mid-day, so instead of taking a sugary breakfast and then a snack before going to class, I just make a savory brunch, have a snack in the middle of the afternoon and then I dine with my roommate.

I also reduced my portions, using small plates and avoiding pilling up food in it.
Finally I usually allow myself more or less a fat/sugary thing per day, could it be some pastries, cream-based recipes, a bubble tea, cheese etc. That way I don't feel forced to diet. I'm not in a diet. I'm just tweaking my habits around a bit.


Needless to say that as I always did, I cook at home to avoid unnecessary chemicals, fat and too much salt.
I found a good cop out to my sugary craves in asian cuisine, since they usually have a sweet'n'sour tinge to it. Otherwise, red pepper and carrots are really sugary and refreshing.
Also, since last year I walk a lot, everywhere I can, and sometimes go for solo day-long city tour usually lasting between four to seven hours.
I've also been adding a bit of stretching and yoga exercises routine for flexibility and I'm trying to come up with an efficient twice a week full body workout, but whether I'll be able to keep to it or not, time will tell. 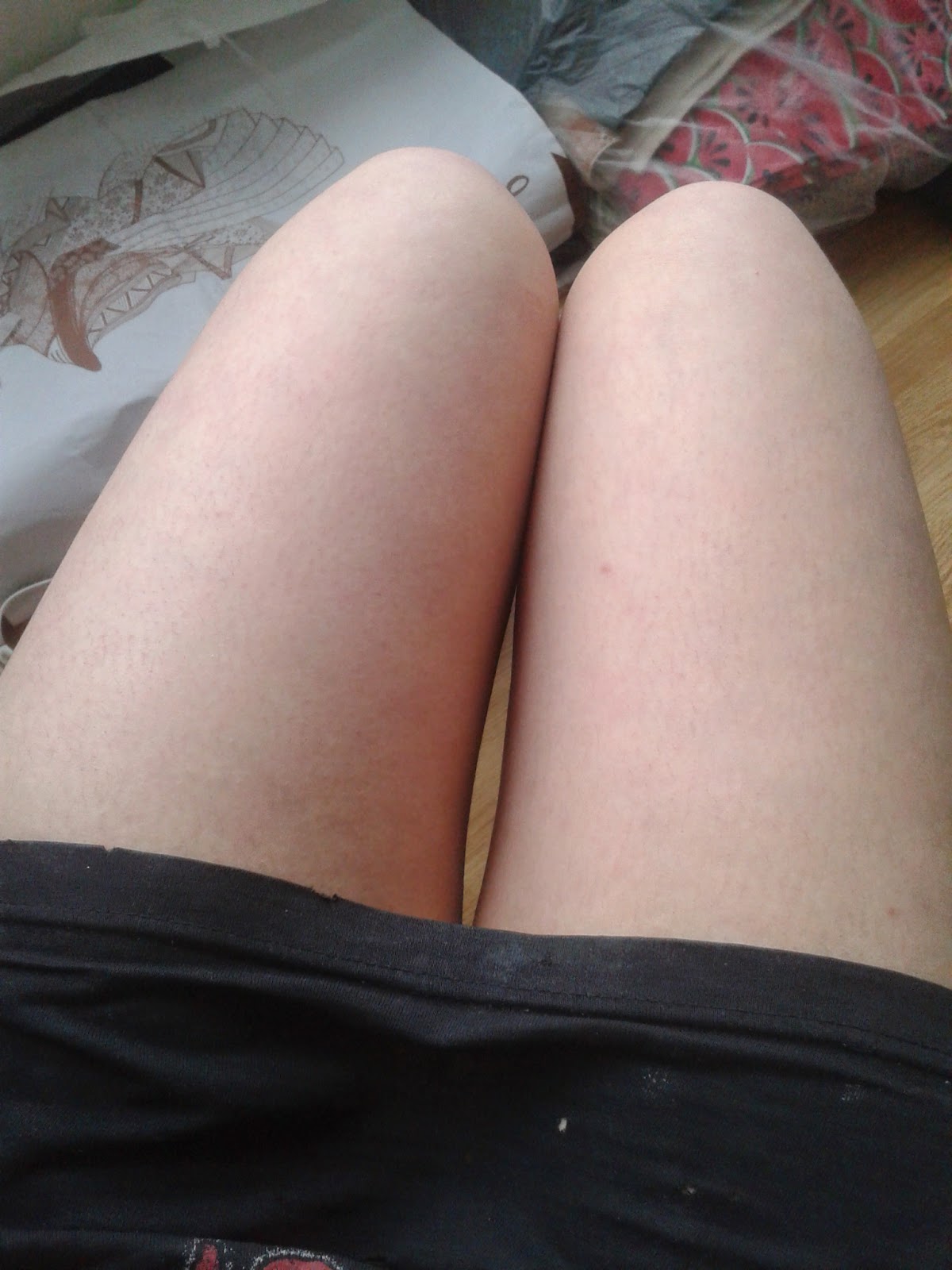 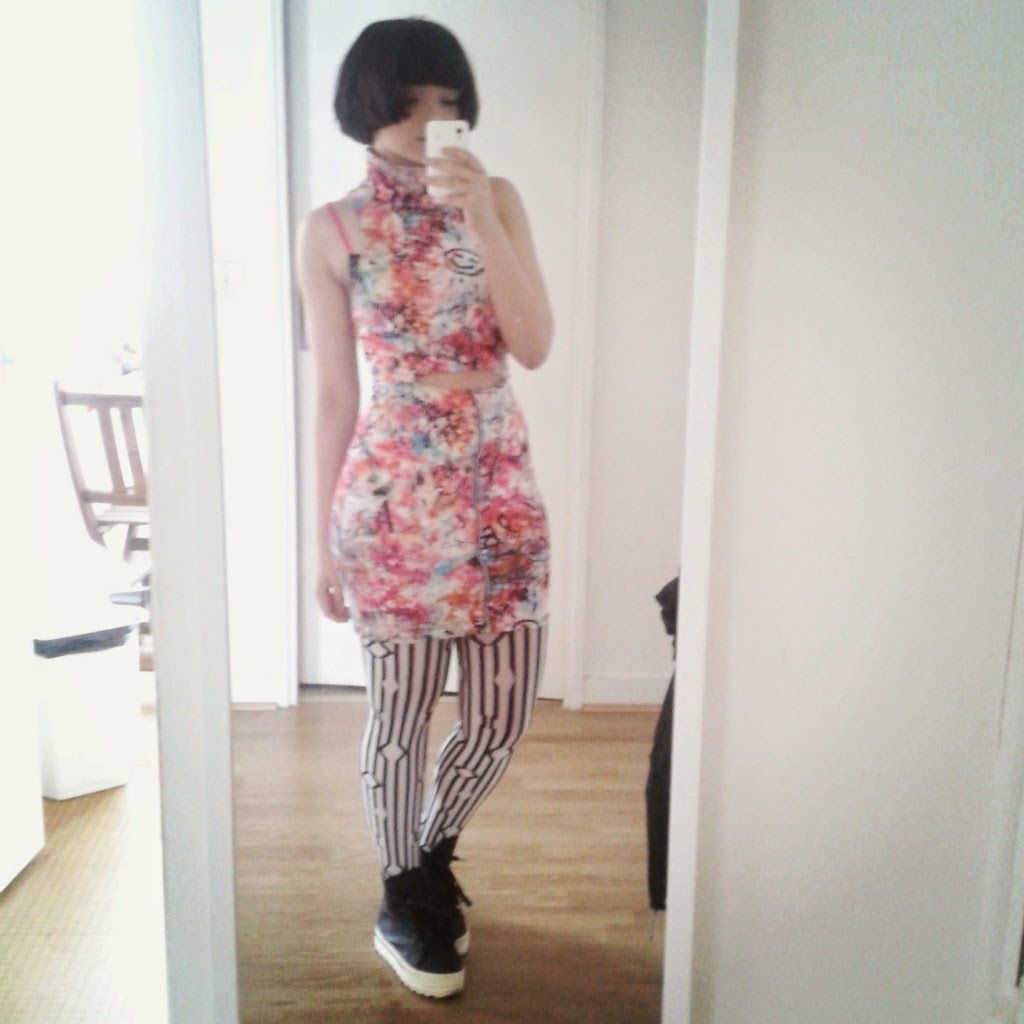 At the end of the day I dropped 15kg, my waist is now around 58cm (just under 23inches), my taste buds are way finer than ever, I feel lighter and prettier and way less pudgy. Lately my legs have toned up a lot, even though they still retain their heavy top they're now way leaner. The only down side is that I dropped the baby face a bit, which I liked a lot, but since I'm orienting myself on a bit more goth style it's all good I suppose. Oh and since I dropped both in waist and bust, most of my lolita dresses are too big and I hate altering my clothes to an unexpected extend. But what's life eh ?

15 kg in less than a year. Yep. I'd like to lose a bit more on the leg area but that seems to be difficult. Forever thunder thighs I guess.

Edit : after a two weeks of heavier workout (2x1h intense dance/week + 5x15min stretching/week) I can see direct effects on both my stamina and flexibility. I keep myself motivated with cute sport clothes. Way to go, me.
Publié par Unknown à 03:07